Parshas Vaeira: That's Gratitude For Ya 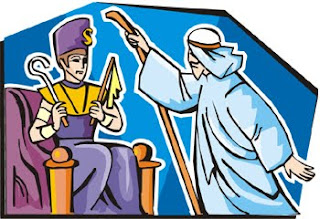 Each week IPA Deputy Director of Public Policy Howie Beigelman takes a look at the weekly parsha and discusses it in a way you may never have seen. Any hashkafic, halachic or political opinions are personal and do not reflect the official psak or policy of the OU.

Pharaoh may have been evil, but nowhere in Jewish tradition is he described as foolish, naive or stupid.

Are we really to believe that Moses, surreptitiously arriving in the Egyptian palace as an infant cared for by the Pharaoh's daughter, raised as her son (and as Steven Spielberg would later put it, Prince of Egypt) attracted no royal notice? That Batya's hiring of a Jewish wet nurse was immaterial to the king's spies? That the timing of the baby's appearance - at the height of a royal decree of infanticide - was brushed aside as coincidence?

So the king allows Moses to grow up in his home, feeding him, clothing him, and presumably educating him. He attends royal family gatherings with his adopted mother, benefits from the protection of the palace guard, and has the king's courtiers serve him. When Moses kills an Egyptian - a government employee no less - and escapes to Midian, Pharaoh allows bygones to be bygones. There is no extradition request made and no squad of Egyptian Marshals are sent to bring the fugitive to justice.

Imagine then the Pharaoh's utter embarrassment when the rebel leader arrives for the requested parley and in walks the man he raised as his own grandson.

How is that for gratitude? What lesson does Jewish tradition hope this teaches us? Because, Jewish tradition makes much of the fact that the Lord instructs Moses to instruct Aaron to perform the first plagues - turning the Nile to blood, bringing forth the frogs and transforming sand to lice. G-d was teaching and Moses was modeling the Jewish value of gratitude, hakarat hatov. Left in a rickety basket on the river until found, the Nile played a role in Moses' rescue. The sand too, with which Moses covered the body of the Egyptian taskmaster he had slain, had done Moses a service. It would have been ungrateful to then turn and use them as basis for plagues.

But the entire lesson collapses of its own weight. The Nile and the sand aided Moses. Therefore, he must show them gratitude and not punish them, misuse them or mistreat them, even if the plagues were G-d's will, and one would think, Moses would be doing the Nile and the desert a good turn by bringing them in on it. If so, Moses mere presence before Pharaoh is an affront to basic gratitude.

Mark Twain said that "The proper office of a friend is to side with you when you are wrong. Nearly anybody will side with you when you are right," but perhaps that isn't the Torah's view on things. Perhaps the greatest gratitude one can have for someone they care for or respect is to tell them they are in error. Moses knew the only way Pharaoh would save his kingdom, his country, his throne, is to free the Jewish people. Moses was giving Pharaoh the advice - and the chance - he needed.

Sometimes elected officials, dictators or other leaders surround themselves with "yes men." People who either tell them what they want to hear or refuse to challenge their leadership, publicly or privately, with a different view, the potentially unnoticed consequences to action or inaction. But true friends and employees, volunteers and servants who truly care are those who will tell you there's a better way or there's something you're not considering. If they are particularly close - or particularly loyal - they will zero in on why you are making the error, and point out a deep seated personal flaw that's made a blind spot for you.

Everyone needs those friends. Friends to tell leaders when it's time to move on, or step down, to tell parents when to let go, and children when to grow up. And everyone needs to be those friends, risking friendship for it, and if you are Thomas Becket, for example, giving your life for it. We need them - and need to be them - at work, at play, at home and in our community institutions.

And while being that "ingrate" requires courage - especially when the object of our advice can fire us, imprison us, or worse, sometimes the greater courage comes from hearing such no holds barred words and taking them to heart.

At least one strain in the Jewish tradition thinks Pharaoh, somewhat late, may have learned his – and this – lesson. After the defeat at the Sea of Reeds, Pharaoh eventually becomes king of the City-State of Nineveh, the people to whom Jonah initially refused to offer total truth. But when Jonah finally lives up to his need to tell them the truth, it is the King of Nineveh who descends from his throne, dons sackloth and orders every man and beast in the city to fast and avert tragedy.
Posted by Ibn Mordechai at 2:03 PM 1 comment: 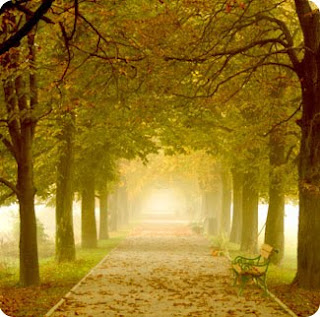 At the conclusion of Parshas Vayeitzei, we read the story of Lavan and Yaakov. After spending 20 frustrating years of his life working for Lavan, Yaakov flees Haran with his family in search of a better life. Upon learning of Yaakov’s escape, Lavan follows in suit while accusing Yaakov of stealing his idols and animals. After having a peaceful exchange of words, the Torah ends the story using very interesting language. The Torah says, “V’yashav Lavan Limkomo.” “And Lavan went back to his place.” What does it mean that Lavan “went back”? Where was he? Why doesn’t the Torah simply say, “And Lavan returned to Haran”?

Rabbi Dovid Rosenbaum of the Young Israel Shomrei Emunah in Silver Spring, Maryland offered some beautiful insight on this story. Rabbi Rosenbaum related that, throughout Lavan’s life he had been exposed to many important people. In his youth, he met Eliezer the servant of Avraham. He had grown up with Rivka and lived with Yaakov for twenty years. Nevertheless he continued along his dishonest path. This is what the Torah means when it says, “V’yashav Lavan Limkomo.” After spending a substantial amount of time with Yaakov and his family, Lavan simply went back to his regular lifestyle. He refused to introspect about the encounters that he had with Yaakov in order to better himself as person.

On the flipside, the Torah tells us that “V’Yaakov Holach lidarko” “Yaakov continued on his way.” Rabbi Rosenbaum explained that after Yaakov had spent nearly twenty years of his life living in the home of the wicked Lavan, he remained steadfast to maintain his religious observances and convictions. He refused to be swayed by the waywardness of his father-in law. It is for this reason that the Torah specifically chooses to use these terminologies of “V’yashav Lavan Limkomo.” and “Yaakov Holach Bidarko.”

In our lives we have many regular encounters with extraordinary people. The story of Yaakov and Lavan teaches us that instead of going about our daily lives with blinders on our eyes, we should try to take in all of these encounters, and learn from them. We must feel comfortable with who we are as people and religious Jews because only through this can we be leaders and “Holach Bidarko” like our forefather Yaakov.

Have you ever been hungry while traveling on the road but not known where you could find Kosher food?

Gone on vacation with your family and not known which Kosher restaurant to go to?

Jewishupdates.com has just added a Kosher Dining Guide to their new beautiful and comprehensive website.
Posted by Ibn Mordechai at 5:31 PM No comments: 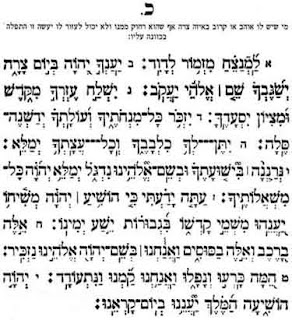 David Rottenstreich, who is currently studying at Yeshiva University, was rushed
suddenly to the hospital late last week after an infection suddenly spread in his body. He is currently on life support.

Everyone is asked to please daven for Dovid Chaim YOSEF ben Sima Perel. A
Tehilim sign-up list has been posted at THIS SITE
Posted by Ibn Mordechai at 2:07 AM 2 comments: The Haggadah discusses four sons and provides answers for each. It is curious that the response to the wicked son is not the verse associated with the question. The Vilna Gaon explained that we don’t answer the wicked son; anything we say to him will only make matters worse. However, we have to provide an answer to all the other people at the table who heard the wicked son ask his question. We cannot let his challenge of Jewish tradition stand without a response.

Posted by Ibn Mordechai at 10:38 AM No comments: 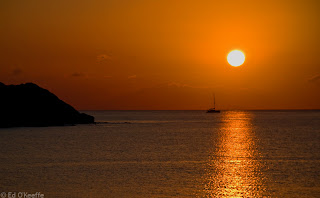 There is a mitzvah to recite the bracha of Birchas Hachama once every twenty-eight years, when the sun and moon return to the exact position in the sky in which they were placed at the time of creation. This phenomenon will occur this year, on April 8th, Erev Pesach. {Shulchan Aruch w/Mishnah Brurah 229:2, Mes. Berachos 59b}

There is major disagreement amongst the poskim as to whether women are obligated, or even permitted to make this bracha. For Ashkenazim, many women rely on the p’sak of the Chazon Ish and the Maharil Diskin, who permitted women to make the bracha with the name of Hashem. For Sefardim, however, the Ben Ish Chai, and more recently Rav Ovadia Yosef, rule that women should not make the bracha on their own. Rather, they should answer Amein to the baracha made by a man.

UPDATE: I had the privilege of hearing a shiur about this yesterday from Harav Tzvi Sobolofsky Shlit"a. Unfortunately the article above neglects to go into the detail of the machlokes between those who say that woman should or should not recite Birchas Hachama.

I strongly recommend listening to this shiur to understand some of the Halachik implications of this uncommon occassion.

Posted by Ibn Mordechai at 5:19 PM No comments: 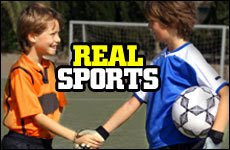 This past week I received a beautiful email from a Rebbe of mine (Rabbi Dov Lipman). In it, he left a link to an article that had written on aish.com. In his interesting way, Rabbi Lipman will often take sports scenarios and transfer them into meaningful lessons for us as growing Jews. Fortunately for Rabbi Lipman, the scenarios which he details in this piece required little to no explaination.
Posted by Ibn Mordechai at 7:59 PM No comments:

You are Sorely Missed! Ibn Mordechai
This is an effort to encourage myself to continue my Torah study as well as to share the Torah that I have been learning with others. It originally started as an archive for Shabbos Divrei Torah and I guess that I kind of got carried away... Some of the Divrei Torah are longer than others. Ultimately the goal is that those who don't have Seforim available, will still be able to learn Vortlach on the weekly Parsha and other occasions. Dr. Hayyim Tawil says that I will never be an Ibn Ezra but what about an Ibn Mordechai?